To create this composition I was inspired by verses from some of my favorite books. In the characters who recite these verses there are three different types of darkness: the exasperated search for the knowledge and sense of existence of Goethe's Faust; the restlessness of the consideration on the human evil of the poet Baudelaire; and the sense of rebellion and revenge against predestination, condemnation of the limits imposed by society and recognition of the power of one's mind with the hero of John Milton's Paradise Lost: the rebel angel Satan / Lucifer. In the following pages, the verses taken from each work, in order of quotation in the passage.
THE MYTH OF FAUST
Faust is an imaginary character of the Anglo-Saxon culture. According to the Legend, it is inspired by a person who really existed whose story was fictionalized by several famous authors, as well as that of Goethe to which we refer, also the version of Marlow. Faust is a doctor as well as a great scholar, the most cultured of all human beings who sells his soul to Mephistopheles in order to conquer even more acquaintances. However, he realizes that the meaning of many things of existence are impossible for him to learn.
THE SATAN OF JOHN MILTON'S PARADISE LOST
John Milton published Paradise Lost in 1667. The controversy of this work that deals with the story of the fall of the devil in hell and original sin with the consequent loss of paradise, lies precisely in the characterization of the character of Satan. The fallen angel in all respects the hero of the poem, full of pride and charm, able to say and formulate thoughts where each of us, in the emotional difficulty of any situation, can find comfort. Milton, a well-known man of great Catholic faith, claimed that he had written so of Satan to make it clear how persuasive and fascinating the devil could be (and it is only for this declaration, I believe, that he escaped the gallows). Milton and Paradise Lost are constantly overwhelmed in other works and films (Constantine, The Ninth Door, Red Dragon, ...). It has had a very strong cultural impact, just think that the term "Pandemonium" as the dwelling of Hell (makes it erect Satan) derives from this book, invented by Milton on a healthy basis and became part of the common language in all languages.
COMPOSITION NOTES
In the "dark" sound aesthetic research as per the theme of this song, my main interest was mainly focused on the mixing phase. The voice wants to reside in fact in a "place" almost distant but confused by the rest of the sound environment, in order to distinguish itself from the habitual rule of the clear voice in the front line of which we are constantly bombarded. I wanted to experiment on mixing and not excessively on the "melodicity" of the composition because I think this may be a good way or invitation to re-educate the ear "to think" even to those who do not have some listening experience in the field of aesthetics Contemporary. Before I came to use the synthesizer for the final realization of the song, "Hymn of the Night" was also recorded acoustically (guitar, bass, drums, vocals), but that version was abandoned because I could not create that interest in the "wrong mix" and that instead I can propose with the version presented which I will also work on in the future.
FOLLOWING THE TEXT OF THE SONG
from Goethe's Faust
Zwar bin ich gescheuter als alle die Laffen,
Doktors, Magister, Schreiber und Pfaffen,
Mich plagen keine Skrupel noch Zweifel,
Fürcht mich weder vor Höll noch Teufel
Und seh, daß wir nichts wissen können,
Das will mir schier das Herz verbrennen.
I know more than all those scholars, teachers, professors, clerics and secretaries. No doubts or scurpoli torment me, I am not afraid of Hell or Devils. And it is clear to me that we cannot know anything, it is something that torments my heart.
from the poems "Au Lecteur" and "Obsession" of Les Fleurs du Mal by Baudelaire
Comme tu me plairais, ô nuit! sans ces étoiles
Dont la lumière parle un langage connu!
Car je cherche saw them, et le noir et le nu!
Chaque jour vers l'Enfer nous descendons d'un pas,
Sans horreur, à travers des ténèbres qui puent.
How would I love you, O Night, without the stars whose light speaks such a well-known language! Why do I look for emptiness, black, naked! Every day we descend one step into hell, without feeling horror, crossing mephitic darkness.
from John Milton's Paradise Lost
The mind is its own place, and in itself
can make a heaven of hell, a hell of heaven
Better to reign in Hell than serves in Heaven
The mind is its own place, and in itself it can make a heaven out of hell, a heaven out of hell
Better to reign in Hell than to serve in Heaven 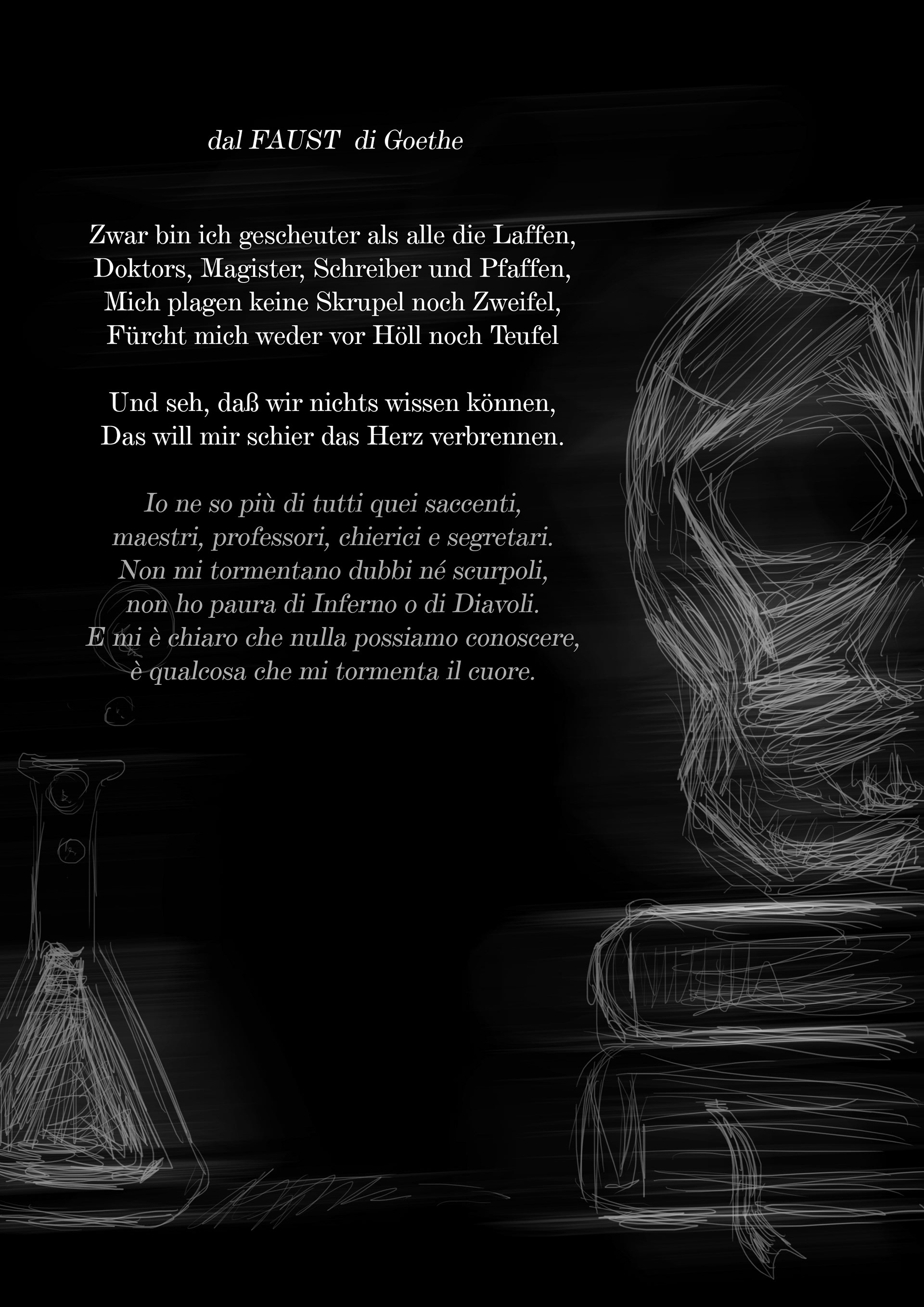 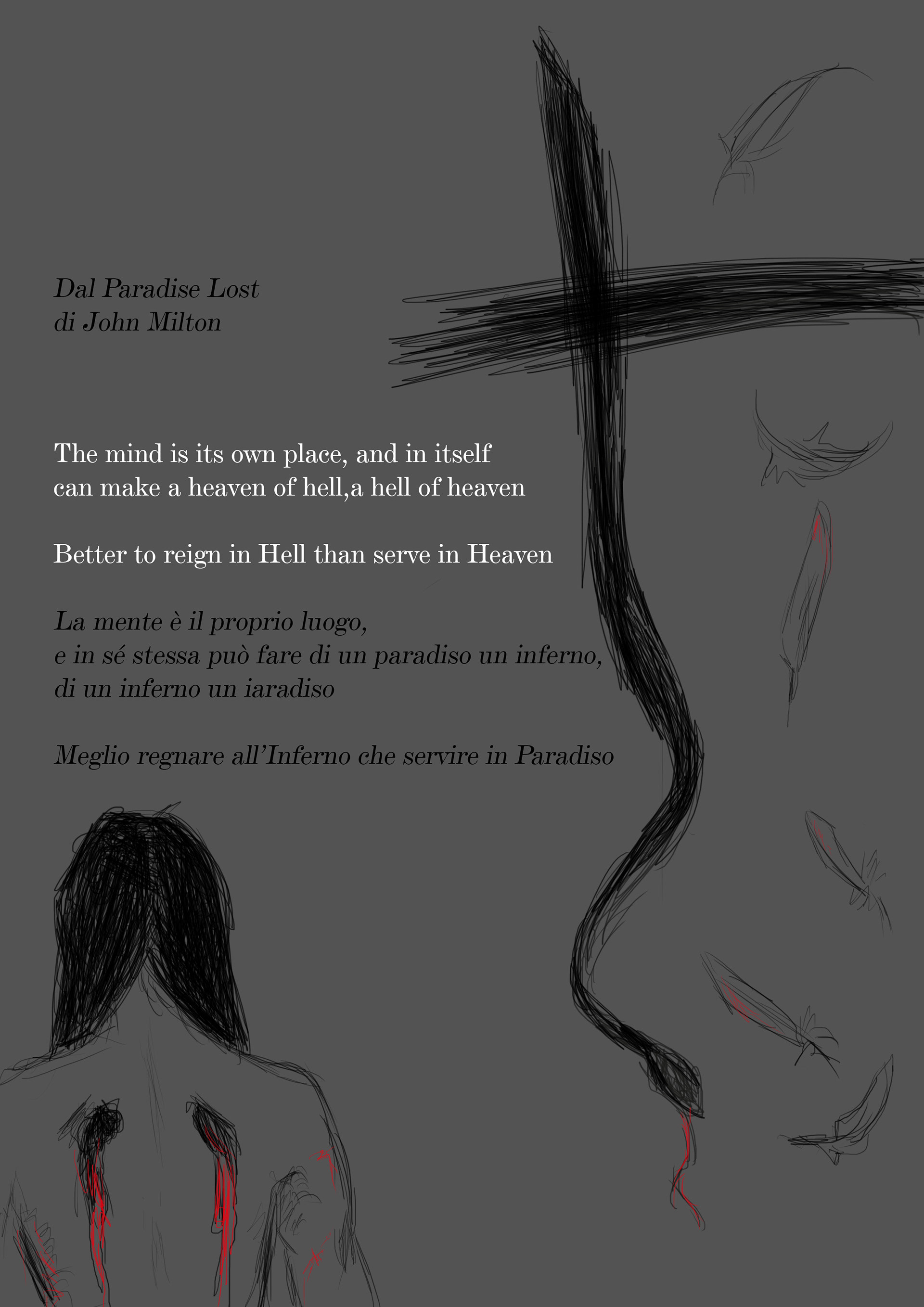 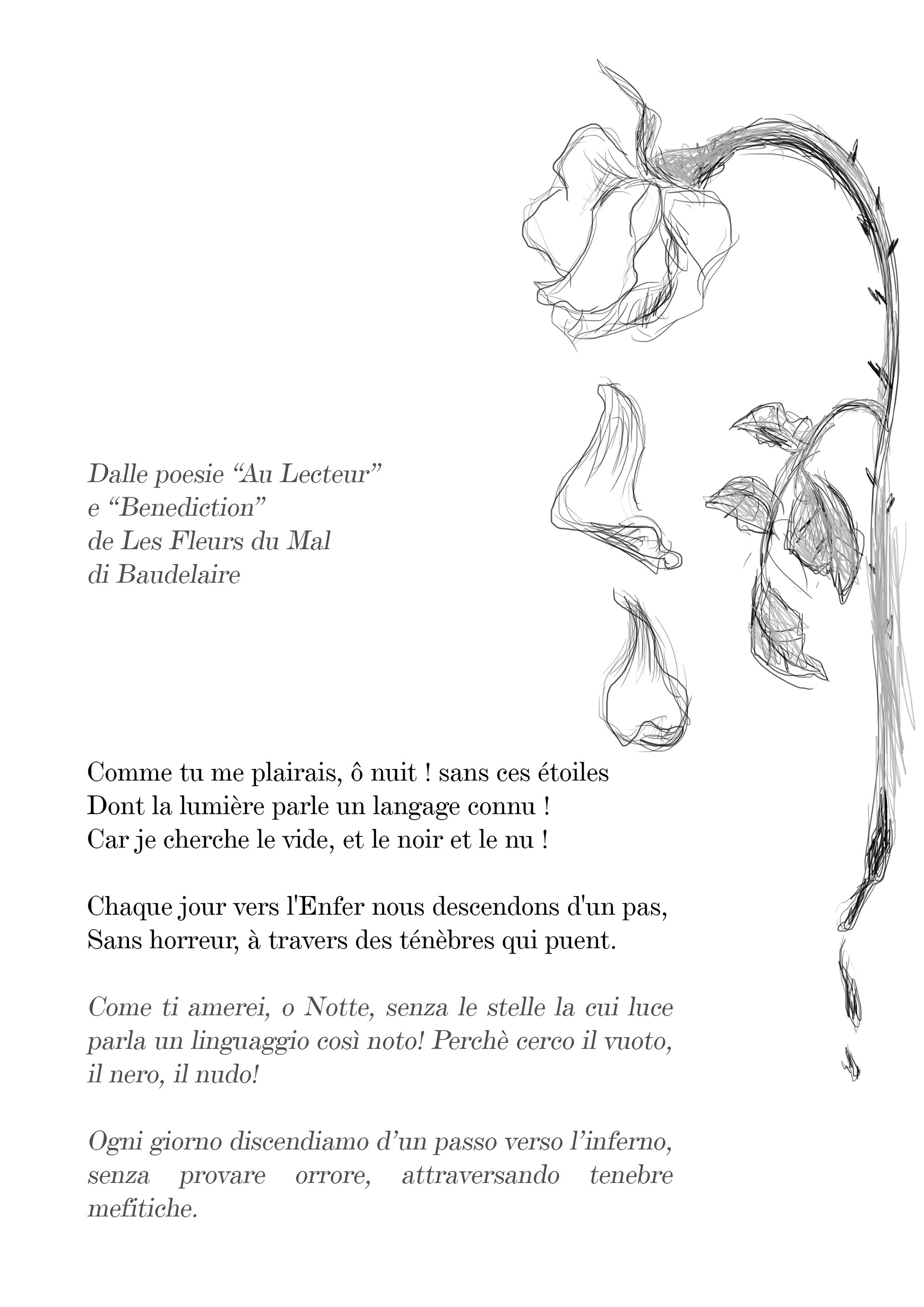